Quick Tip: How to peel a sticky egg shell

Peeling a freshly boiled egg is rarely a problem, but eggs that sit in the refrigerator can be a nightmare to peel. Every Easter I spend 30 minutes peeling hard-boiled eggs over the kitchen sink while the folks in the dining room eat them up faster than I can peel them. So, I needed a fast, fool-proof way to peel eggs no matter how sticky the shells.

I peeled 3 eggs using each of the following methods: 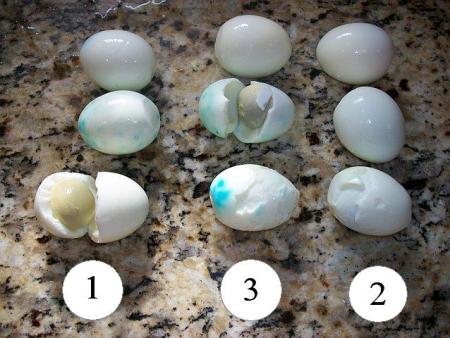 The Results (see 1st, 2nd and 3rd place results in picture above):