One of the funniest things about Puerto Rico is seeing how the familiar blends with the unfamiliar. The same mail trucks that deliver my mail at home also deliver the mail down here, and for the same 45-cents. It was with that odd sense of familiarity that we visited the U.S. National Park El Yunque; which is the Spanish word for anvil, but is somehow translated to mean white lands. However, this mountain is far from a typical national forest. El Yunque was originally set aside by the Spanish in the 1880’s, making it older than any other National Park, and is the only rain forest that is part of the U.S. National Park system. El Yunque has more species of trees than all other national parks combined. We were serenaded by Coqui frogs; whose name is derived from their song (“co-qui, co-qui”); during every moment of our hiking. Eventually we made it as far at Mt. Britton, but the boys ran out of energy at an impressive 3,100 ft, and couldn’t quite make it to the very top on Yunque mountain (3,500 ft). 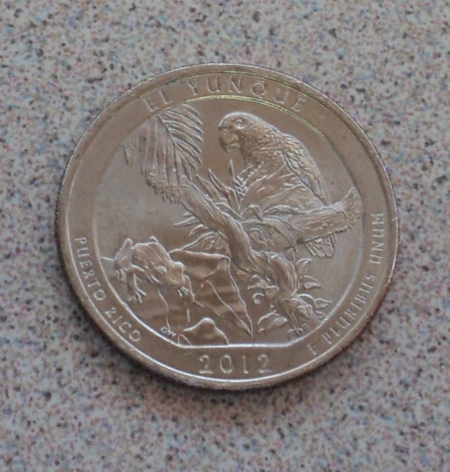 El Yunque has it’s own quarter! 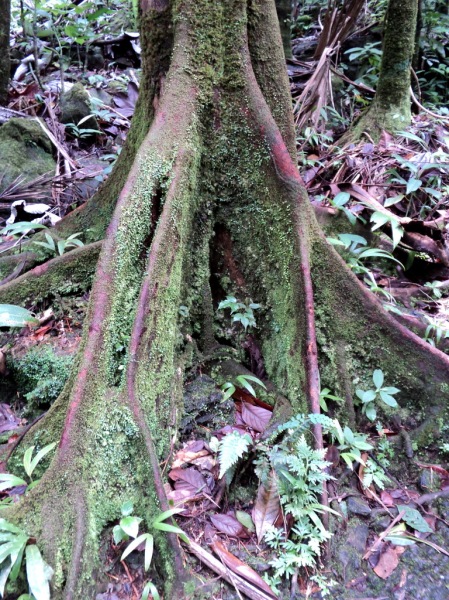 Elaborate roots that you only see in the rain forest

El Yunque receives over 200 inches of rain per year

Nico got tired climbing the mountain; but made it to about 3,100 ft. 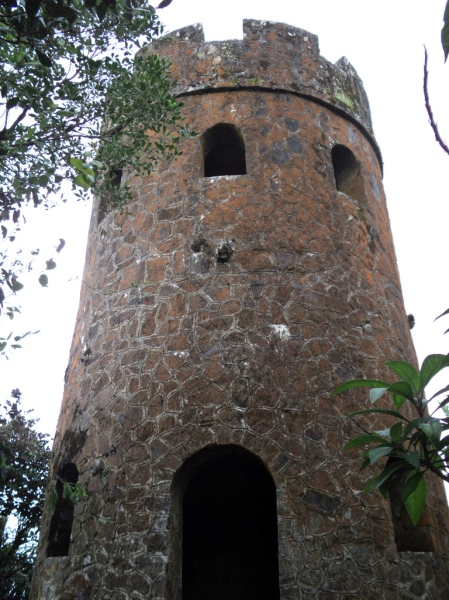 Lookout tower at Mt. Britton; not the replica that can be driven to.