With beef prices up 80% (chuck roast) over the last few years, my family has been eating a lot more alternatives. So I was excited to try this new recipe (May/June 2014), even though it is still too early for grilling. The recipe uses 2 pork tenderloins (ubiquitously sold in packages of two) to create 4 steaks. The steaks are then pounded flat, soaked in a marinade and grilled for about 15 minutes. Half the marinade is used as the base for a delicious sauce. The sauce is perfect; very bright, flavorful and balanced. My execution of the grilling portion of the recipe was slightly flawed (as I will describe below). But even with my shortcomings, the results were amazing. A perfect 5-star recipe. This is the top 2014 recipe (so far). 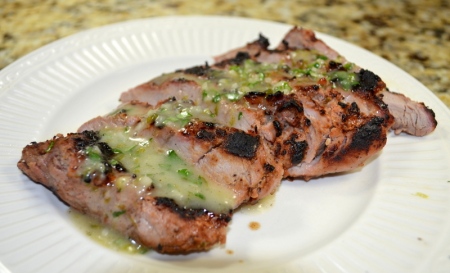 Grilled pork with a perfect sauce

Chris Kimball’s original recipe is here. My descriptions of how I prepare the meal today are given below: 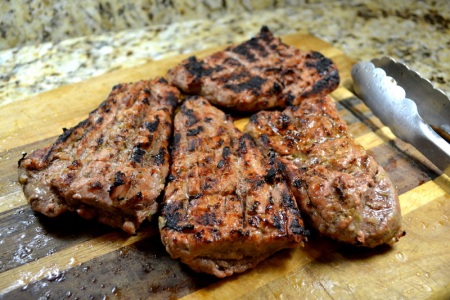 First BBQ of the season