Growing the main course of my Christmas dinners was always turkey, but later in life I felt that its was a repetitive waste; given Thanksgiving was less than a month ago. Since becoming a father I have tried to give my kids much richer culinary traditions. I hope whatever traditions you have in your home, that everyone has a very Merry Christmas, surrounded by people they love. The food is, after all, just icing on the cake. 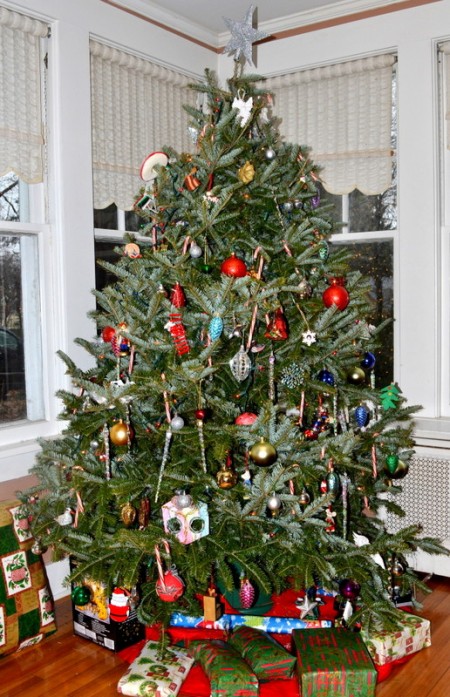 This year the Christmas menu has a bit of a French flair. As I publish the results in the upcoming week, I will update these links from Chris Kimball’s original recipes to point to my results.

Baguette. This simple requires a few things that I don’t have, like a special canvas, lame as diastatic malt powder. I will make do without.
Onion Soup. 5 hours in the making, but delicious and I was able to make it two days ago.
Blanched Green Beans with Rosemary-Thyme Aioli.
Pommes Anna. Beautifully decorative potato cake.
Boeuf à la mode. A French beef roast
Apple Tart. A beautiful rendition on an American Pie. A work of art.

This entry was posted on Thursday, December 25th, 2014 at 5:56 am and is filed under 2014 Recipe. You can follow any responses to this entry through the RSS 2.0 feed. You can leave a response, or trackback from your own site.