For me a big Sunday dinner has become an important part of my life (a tradition I adopted during my year living in Buenos Aires), and I always pull out all the stops. So it was with much anticipation that I shopped for the ingredients for this Mu Shu Pork. Unfortunately, the recipe was a huge disappointment. When cooking the pork in Step 6, the pork was too wet and just steamed; not caramelizing at all. Overall this Mu Shu Pork was bland. None of the ingredients brought much flavor; tenderloin, cabbage, bamboo shoot are all very mild. While not bad; it simply lacked flavor to set it apart. Just 3-stars; and not worth the 2 hours of preparation. 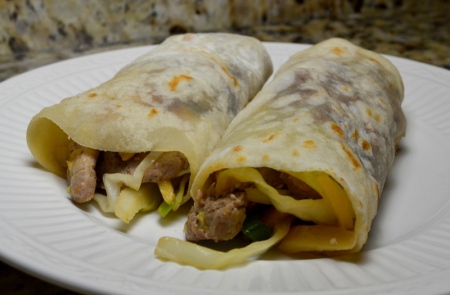 The Cook’s Illustrated link to the original recipe is here. The recipe as I prepared it today is given below:

kneed into a ball 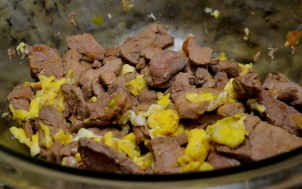 No caramelization of the pork

Wilt the cabbage in the skillet

Grain is east to see after slicing

This entry was posted on Monday, March 16th, 2015 at 7:31 am and is filed under 2015 Recipe, Pork. You can follow any responses to this entry through the RSS 2.0 feed. You can leave a response, or trackback from your own site.