Sandwiched between South Africa and Mozambique is the tiny kingdom of Swaziland. We chose to visit Swaziland because it is much smaller and more traditional than their larger neighbors. We felt very welcomed as individuals. We stayed in the Ezulwini Valley (“Valley of Heaven”) which was peaceful and an important part of Swazi culture.

Wildebeest in the Millwane Game Reserve

Towering over the heart of the Ezulwini valley is Execution Rock. While no longer in use, it was a constant reminder to be on your best behavior. At the foot of Execution Rock is the Mantenga Cultural Village, which showcases the historical cultural of the nomadic Swazi people. It is made up of a traditional village made of sticks and reeds. 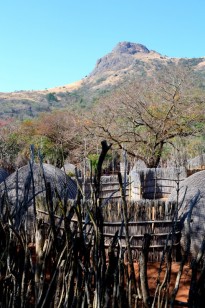 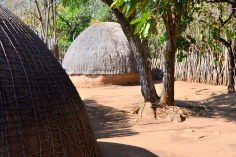 There was also a wonderful Dance presentation featuring traditional Africa drums and dance. It was spectacular, and even my two teenage boys love it. 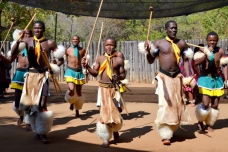 We also visited the Millwane Game Reserve, which is unique because it allowed us to walk freely among the, without the fear of large predators (except for Crocodile). We did little stumble onto a large Nile Crocodile, but fortunately there were a few small trees between us.

Overall, our visit to Swaziland was a beautiful transition between the European and African portions of our vacation. It is much slower paced than it’s dominant neighbor to the West.

A long time ago I lived here in Prague. I celebrated the turning of the millennium in Old Town Square in the heart of Prague; in all I spend 1-1/2 years here. Most importantly, my oldest son was born here. He has a Czech birth certificate, of which I can only decipher about 50%. He learned to walk on the uneven cobblestones of 700 year old squares. In a sense, this vacation was my son’s big “homecoming”; returning to the city of his birth for the first time in his memory.

Prague is a one of those eternally beautiful cities. The architecture of the town center has changed little since I lived here. Prague served as the capital of the Holy Roman Empire beginning in 1355, and later became tied to the Hapsburgs. 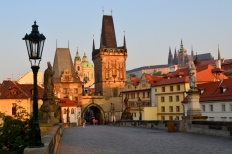 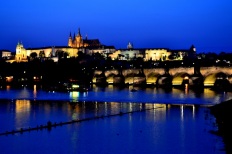 When I lived here I was newly married to my now ex-wife. Now, as I walked around Prague re-telling stories to my two sons; 16 and 14; all the memories were happy. Riding our bikes to a nearby Chateau, the bar across the street from our old apartment that sold beer for 15-cents, the walled gardens hidden behind storefronts. I enjoyed, again, struggling to put together enough Czech words to be (somewhat) understood. 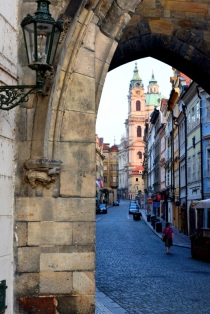 While the main tourist areas; Wensenslaus Square, Old town Square, and Charles Bridge are more overrun than ever by tourists, we did find that stepping away from the main tourist thoroughfare revealed the delightful city that I remembered. 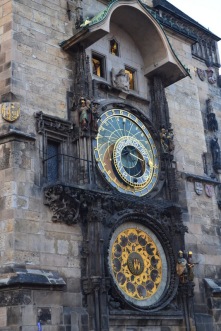 My uncommon last name has always been difficult for people to pronounce. It’s hard to understand its origin in order to apply the proper linguistic rules. It comes from this region that switches back and forth between France and Germany, depending upon who won the last war. Finally after hundreds of years, my family name returns; if only for two days. Old town Strasbourg is charming and decidedly German. 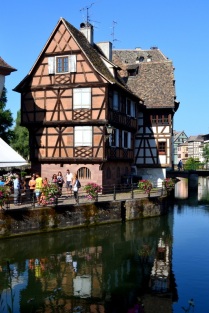 However, the slightly newer areas have a feel and ambiance of Paris. It wasn’t until later in the day that we realized that we dressed as the French flag. 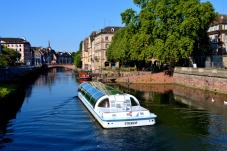 Of the sights to see, Strasbourg has an amazing cathedral. It is in the top 10 worldwide list of tallest cathedrals. It was so immense that it was not possible to take a complete photo, and my lens was zoomed out so far (to 18mm) that the curvature prevented me from making a collage. 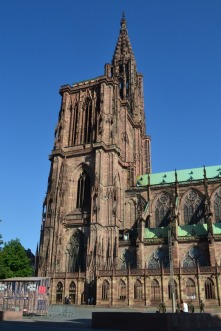 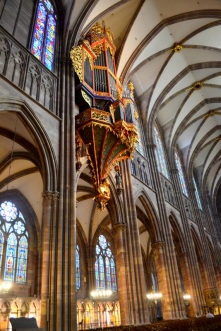 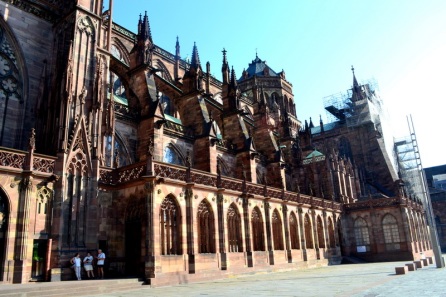 Finally, we ate a traditional French dinner of. Unfortunately, I forgot to take a picture before we ate. Another highlight was the amazing French cheese we bought. While not as elaborate as a Parisian Fromagerie, it greatly surpasses even the finest cheese shop back home in New York. Just a common unpasteurized goats cheese is better than the finest cheese I have every bought in the US.

With only a few days in Germany, we only had time to visit a few towns along the romantic road. My favorite town along the road that we visited was Rothenburg ob der Tauber, which was exceptionally picturesque. By the way, following the signs that say “Romantische Straße” is the surest way to get lost. Fortunately, we were only visiting a few of the major towns so we only got lost once or twice (there always seems to be a detour).

We also visited Dinklebuhl, which was a charming, well-maintained, walled town. It is small and very cute. 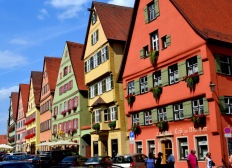 And finally we visiting Nordlingen. It was the smallest of the three towns we visited. While it was nice, it was undergoing a lot of re-construction so our visit was relatively brief.

We ate a typical German meal, but I forgot to take a picture (I was famished, haha).

I’ve been planning a vacation for a few years to take my two sons to Africa, and this was the year that the stars all aligned to allow it happen. But facing a 22 hours trip to Johannesburg was daunting, so I took advantage of the layover to spend a week in Europe. Because we flew Lufthansa, our layover began in Munich.

Munich is an interesting blend of modern and historic. The most impressive building is the Town Hall in Marienplatz. While it’s glockenspiel may seem tame my today’s technological standards, it certainly provides an entertaining glimpse at historical importance of Germany engineering.

Here are a few other scenes from Old Town Munich. The Altstadt is an interesting blend of modern city life and old historical buildings. 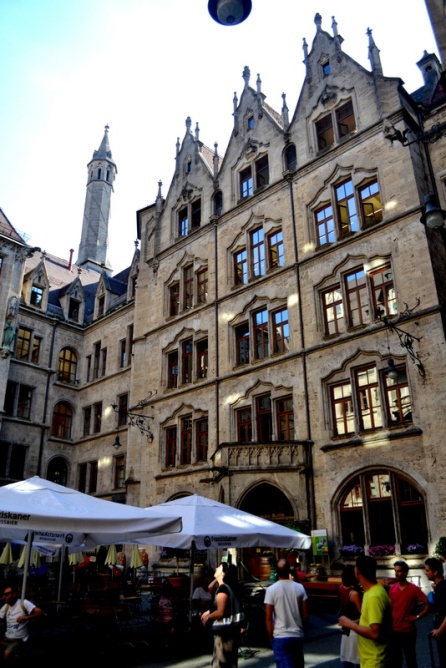 On a somber note, we also visited Dachau concentration camp. While it wasn’t the most deadly of the German Concentration Camps, about 32,000 people dies here. Most of the other 200,000 people who past through these gates went on to other camps. 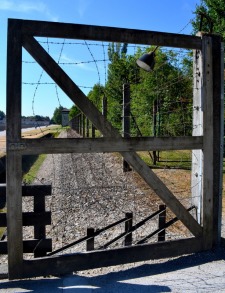 About a month ago I made these 5-star Grilled Leg Quarters with Lime Dressing. They were easy to make and had amazing flavor. The only drawback was that the bone-in chicken was a little difficult to eat. Then I remembered back to last Thanksgiving’s deconstructed turkey thighs about how deliciously easy a semi-boneless leg quarter was to eat. Today I applied that same technique to chicken leg quarters. The technique opens up a slit on the inside of the thigh, leaving the skin in tact. Use a boning knife to carefully shave the meat away from the thigh bone; once exposed, cut through the leg/thigh joint to remove the thigh bone. Leave the drumstick bone-in. Finally, stuff the thigh and truss it together again using bamboo skewer and kitchen twine.

The results were spectacular, and the deboning/stuffing technique really elevated the presentation of the chicken. Stuffing the thigh made the flavor much more intense. While I gave it 5-stars as a bone-in, the recipe as I cooked it today was an out-of-the-park home run.

Chris Kimball’s original recipe is here. My descriptions of how I prepare it are given below: 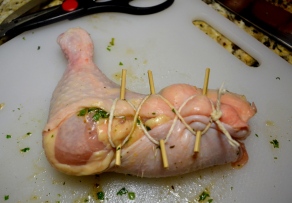 Truss together where the bone was remoed

Before and after deboning